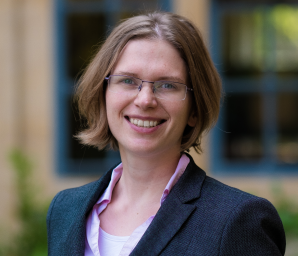 Since September 2019, after completing my DPhil in International Relations, I am a PPRF in Politics  at Nuffield College, University of Oxford. My research focuses on norm contestation, and thus explores debates over the meaning of international norms.

I seek to contribute to the emerging literature in International Relations and International Law which considers normative frameworks to be incomplete and ambiguous. I analyse how agreement on the meaning of norms can come about when new contexts emerge and the incomplete and ambiguous elements of norms give rise to debate. In my book project, “Norm Contestation in International Politics: Between Impasse and Clarification”, I develop a typology of the different outcomes that norm contestation can have and discuss explanations for this variation in outcome. I look at contestation by the United States but also by less powerful actors such as international courts and small states. My case studies include high-stakes debates over maritime boundaries, the interventions in Afghanistan, Iraq and Libya and over the right to self-determination. With my research, I seek to bridge divides between constructivist and rational choice scholars and I am particularly interested in insights from rhetorical approaches.

Before starting a doctorate at Oxford University, I studied the M.A. in Law and Diplomacy at the Fletcher School, Tufts University, and a B.A. In International Relations at the University of Dresden. In-between degrees, I worked for the United Nations High Commissioner for Refugees (UNHCR) and the Norwegian Refugee Council (NRC) in Panama. Furthermore, I coordinated the canvassing campaign of the Social Democratic Party (SPD) in the federal elections 2014 and worked as chief of staff of a member of the German Bundestag.

When I don’t do research on norm contestation, I like to travel, read, discuss politics and spend time with my husband and daughter.